As I mentioned in my winter training summary post, my plan this year is to ride my normal outdoor events on the indoor trainer, thanks to the Covid-19 pandemic situation causing event cancellations and making long outdoor solo rides inadvisable. 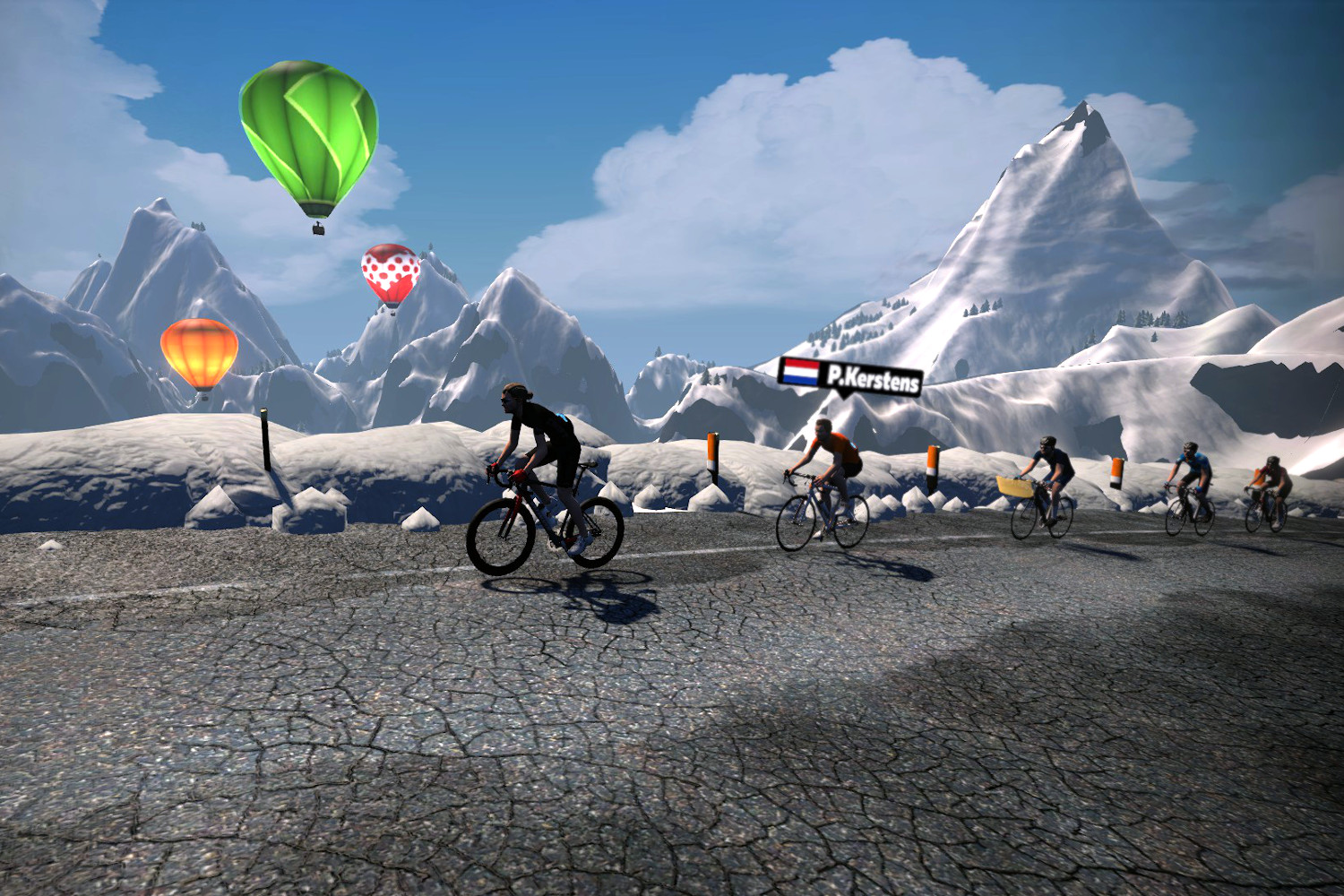 The first big event on my calendar was the Pittsburgh Randonneurs’ Meanville-Greenville 200k brevet, scheduled for Sunday April 19th (but subsequently cancelled). This was the same route out of Zelienople that I rode last July: my seventh century of 2019 and the first in an impressive streak of six centuries in six weeks.

My intent was to ride the same distance and climbing on Zwift as I would have done in the IRL event. The easiest way to do that was to find existing Zwift routes that added up to the required 123 miles and 7,700 feet of ascent. In the end, I settled on doing the difficult Mega Pretzel, followed by Big Foot Hills, and finishing with Sand & Sequoias.

The first four hours were tolerable. I had covered a metric century—half my total distance—and two-thirds the climbing, got a ton of supportive “Ride Ons”, and achieved Level 38. I took a three-minute break to refill my bidons.

But it got increasingly difficult thereafter. Ride Ons came less frequently, there was no one on Discord to chat with, and my right calf started bothering me. I needed another 5-minute break at 150k, and again at 175k. As I reached five, six, seven hours, my power dropped, but I’d wisely front-loaded all the climbing, so my final sections were sort-of flat.

After five centuries, I’ve gotten a good grasp on the plusses and minuses of doing endurance rides on the indoor trainer. Here are some of those lessons.

Starting with the downsides:

Now for the upsides of doing endurance rides on the trainer:

So that’s Zentury #4 of the year—and IRL substitute ride #1—in the books. I don’t have another (cancelled) real-world event until June, which begins with my only two-day event: an imperial century followed by a metric.

Until then, you can look for me on Zwift...