Over the years I’ve collected a huge number of cycling jerseys. Some are purely utilitarian, but most have some personal meaning, whether from a ride or a club or some other association.

As I mentioned in my year-in-review post, in 2019 I picked up three new jerseys, each noteworthy for some reason. And two of them violate cycling’s code of style! That's enough talking points to justify a dedicated blogpo. 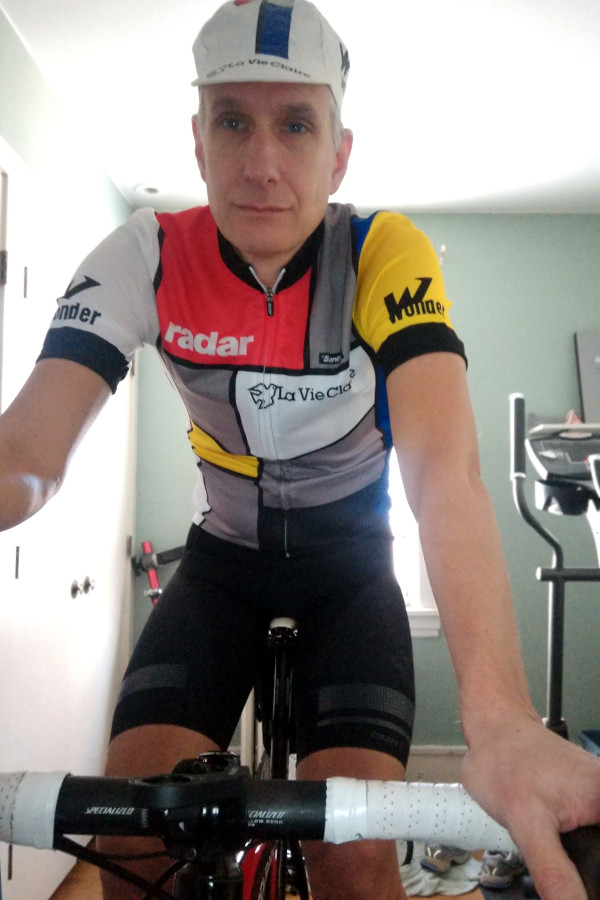 My first new kit breaks both the Velominati’s Rule #17 and my own personal ethics, which is that you should never wear pro team kit unless you are a professional being paid to ride for that team. Lance Armstrong’s team kit manages to simultaneously look amateurish and pretentious when worn by a 50 year-old overweight MAMIL toodling down the local bike path.

But a jersey from a team that shut down 30 years ago, and derived from the work of designer Piet Mondrian… Well, I guess I can flex my values just that far.

So I now own a replica cap and jersey from the 1984-1990 La Vie Claire team, famously worn by Bernard Hinault and Greg LeMond during their infamous intra-team Tour de France battle. Tho to be honest, I’m wearing it primarily in homage to Mondrian. 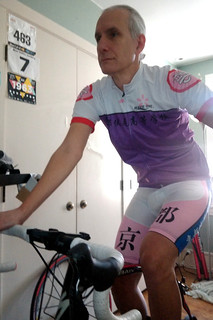 I also pulled the trigger on another kit I’ve wanted for years. It too is team issue, but for a completely fictional team: the Kyoto Fushimi high school cycling team who are among the antagonists in Wataru Watanabe’s excellent “Yowamushi Pedal” cycling manga and anime.

The Kyofushi team is led by an eerie and disturbing anti-hero character named Akira Midousuji, my favorite character in the series, with his condescending attitude, mind games, dead-fish eyes, and frequent exclamations of “Kimoi!” (Gross!) in reference to other cyclists’ riding and behavior.

Scary Midousuji-kun aside, Yowapeda is a great series, and highly recommended.

Definitely not recommended is wearing the accompanying team bib shorts, whose crotch area is white. Don’t know why white Lycra is a bad choice? Click here. 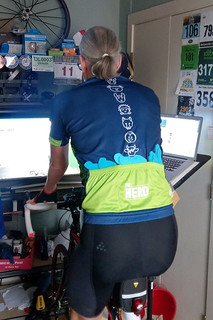 Finally, I had to wait until after the new year for another long-anticipated item: the official Zwift Herd club jersey.

At the end of 2018, I joined Zwift and what was then called the ZBR team just as they were ordering their own custom-designed jerseys. Being new, I didn’t feel enough affiliation to get one, which was fortunate, because a few weeks later most of the group splintered off to form a separate group called The Herd, rendering those ZBR jerseys regrettably inappropriate.

Having tagged along in that move, I offered to help design a replacement, but was rebuffed. I hoped that a new design would be available for everyone to wear six months later at the group’s first major gathering at the Leelanau Harvest Tour, but the new design didn't appear until November. I promptly purchased it, then waited seven weeks longer for the vendor to deliver it. But in September I'll bring it to Toronto for The Herd’s second big gathering.

So those are my 2019-vintage jersey purchases. They’re all meaningful to me for very different reasons, and I look forward to sporting them on the road this spring. Except for those white bib shorts…