I’ll admit it: I respond well to gamification, whether that’s keeping my streak of consecutive days of meditation alive on Insight Timer or—more pertinent to this forum—my indoor cycling on Zwift.

This fall Zwift added 25 new achievements to their existing set. The new ones are based on completing specific routes, which earn both an achievement badge as well as bonus experience points. A sucker for XP, I recently finished completing the entire set.

Of Zwift’s known cycling achievements, I’ve earned 57, leaving 7 badges that I’ve yet to achieve. And therein lies the rub. 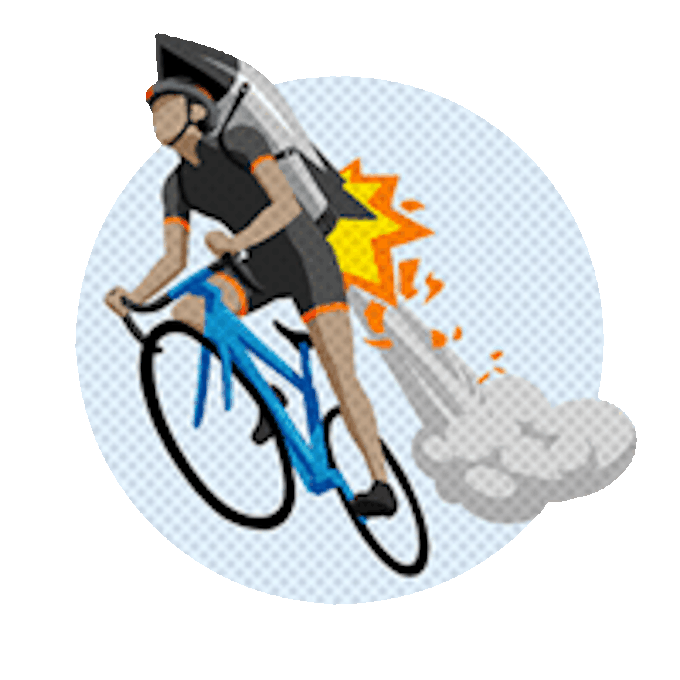 One of them is simply a matter of time. Once you’ve climbed Alpe du Zwift—Zwift’s in-game copy of France’s Alpe d’Huez—25 times, you earn the “Masochist” badge. It’s a tough climb, but no problem there; I’ve already ridden it 11 times.

The second badge is too stupid to consider: the “Everest" badge for climbing the height of the world’s tallest mountain in a single ride. That’s the equivalent of nine Alpes back-to-back, which would probably take me more than 15 hours. That’s not fun; that’s just flat-out stupid.

Four of the remaining badges have to do with sprinting power. I’m no sprinter, but I’ve already earned the 500, 600, 700, and 800 watt badges; however, there are additional ones for hitting 900, 1000, 1100, and 1200 watts. I might conceivably earn the 900W badge, but it’d require a lot of force, shaking the trainer and possibly damaging my bike. But beyond that, I’m okay admitting I’ve never been capable of sprinting that hard.

And then there’s the final badge—the one that really irritates me—the “Liftoff” badge (above) that you earn for climbing the Alpe du Zwift in less than 60 minutes.

As of today, I’ve made 11 ascents, with an average time of 69 minutes and a best time of 62m46s. I’ve tried really hard, and come tantalizingly close.

It takes about 3 W/kg to break 60 minutes. At my weight, that means sustaining 230W for the whole hour. But my FTP—which is literally my maximum sustainable power over an hour—ranges around 200 to 220W. Unless I somehow get 5% stronger without gaining weight—or reduce my weight by 6% without losing any strength—the numbers unequivocally state that I cannot break the 60 minute barrier. Neither of those options are particularly feasible, and I’m not getting any younger here, folks.

And it’s pissing me off. I have no problem letting go of ludicrously stupid goals like Everesting; and I’m not bothered by challenges that are categorically impossible for me, like (literally) kilowatt sprinting.

But it’s this goal that’s perpetually just out of reach that irks me: something I could have done five or ten years ago, but can’t seem to surpass. It’s just too close to simply let it go and walk away from this particular challenge. So like a cycling Sisyphus, I keep destroying myself by attempting it—on the off chance it might happen—even though I know it will probably remain beyond my ability as an aging cyclist.

Psychologically, there’s a vociferous part of me that just can’t accept that it’s beyond me. I’m frustrated as hell; not so much because I can’t surpass the challenge, but because I keep listening to that goddamned voice and trying…