Another year, another edition of Pittsburgh’s signature Dirty Dozen ride.

Although I conquered the challenging course in 2017, I wasn’t in physical or mental condition to ride last year; instead I threw my camera bag over my shoulder and played photographer, bagging 350 action shots while driving frantically between the course’s five steepest hills, trying to simultaneously keep pace with seven different groups of riders. 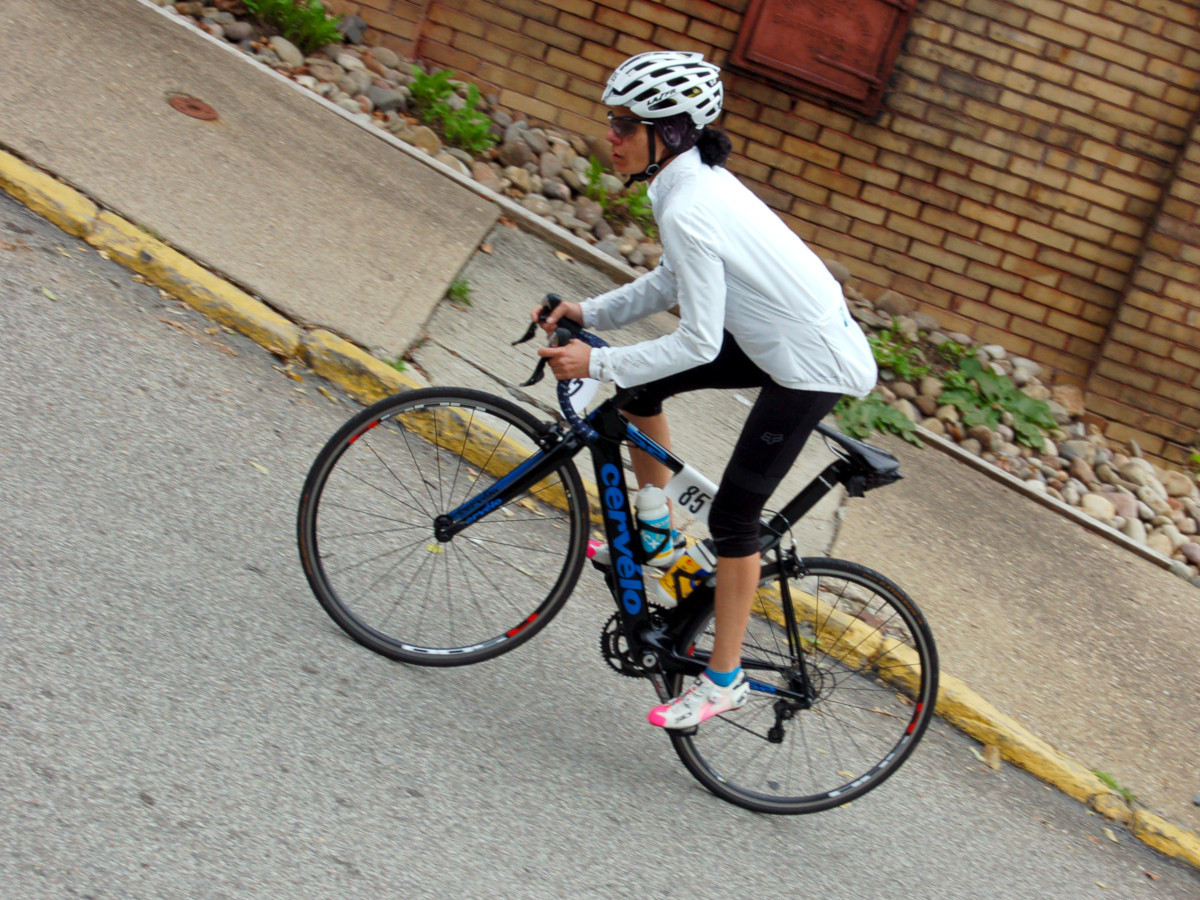 Despite this year's record-smashing cycling season, over the past two months I was plagued by a strained achilles, a lingering cold, plus a week of travel. I didn’t do any of the Dirty Dozen group training rides, and was in no shape to approach those hills on a bike myself. So I spent another day documenting other riders’ suffering and triumphs.

That’s okay tho, because I really enjoy the rare opportunities I get to play cycling photographer.

This year I was a little more judicious about where I deployed, dropping last year’s ambitious five hills down to three, only one of which (#10: Canton) was a repeat. Before that, I started the day at #4: High/Seavey, which isn’t a hard hill, but has a nice switchback and hillside cemetery backdrop that are ideal for photography. And afterward I ended with #13: Kilbourne/Tesla, hoping to catch some dramatic facial expressions on the final hill, which has a short but painfully steep finish.

Despite the event moving up a month into October, the weather was still cool, and sporadic sprinkles arrived just in time to make Canton a slippery, leaf-strewn trainwreck, and Tesla a wet, dispiriting finale. Thankfully, it was much less painful for a photographer than for the riders, as my biggest complaint was the muted, overcast lighting!

This year I came home with 260 photos, a tiny sampling of which appear below. You can see my 51 personally-selected shots in my 2019 Dirty Dozen Flickr album. And if you’d like, here are links to last year’s DD blogpost, and last year’s DD Flickr album.